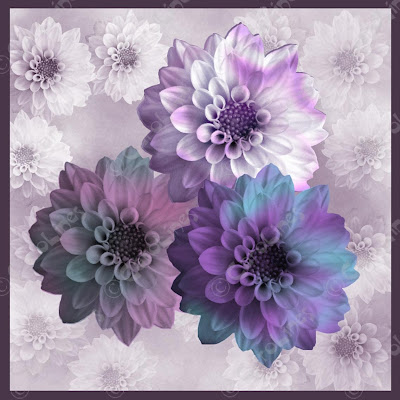 The dahlias and background have all been coloured using the blend modes in Craft Artist 2.
Three squares were made using swirls of colour and the gaussian blur feature
(photolab / blur / gaussian blur).

The Floral Sketchbook Dahlia below was placed over the first square, selected and the blend mode changed to multiply...this removes the white in the flower leaving just the colour. The same  was done to the dahlia over the third square.
The dahlia placed over the second square had the overlay mode applied. 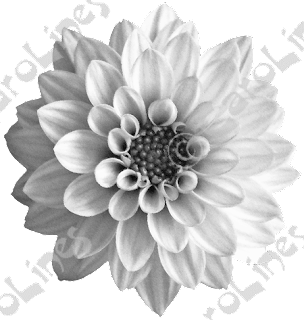 The plain dahlia image was moved to the punch feature in CAP2.
Each of the three dahlias were punched from their respective squares resulting in 3 coloured flowers.
Group the square plus blended dahlia before punching. 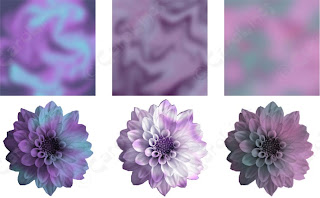 The pale background was made by creating a pale lilac square. The dahlia was re-sized and rotated to make a group of three. This was then placed over the square and the soft light blend mode applied. The group was then copied, pasted and rotated to cover the background. Grouped and cropped. 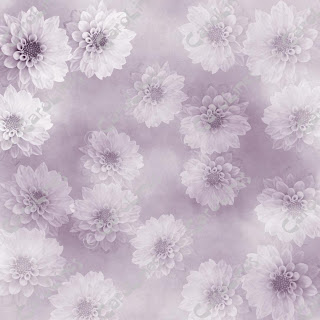 The three coloured flowers were then arranged over the background and a dark purple layer placed behind the design.
Posted by Caroline Rawcliffe at 16:16

Thank you for your comments, they are greatly appreciated. 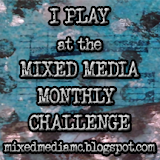